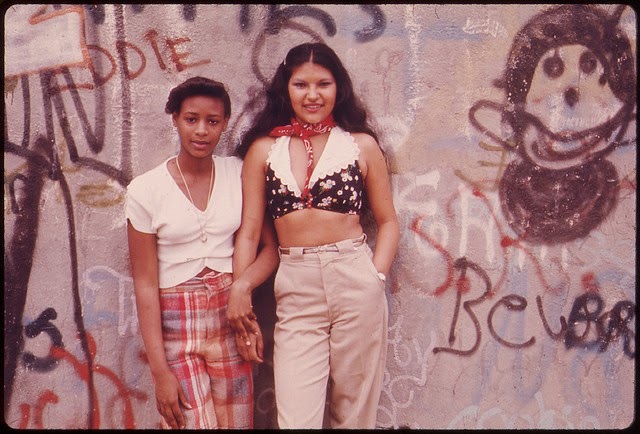 The concept of the "heroic" traditionally contains the assumption that the hero is male.  Heroism is a public act, requiring agency in the public world, while the concept of the "heroine" is a diminutive one, in that the heroine exists only by virtue of her relationship to the hero.  Unlike a "heroine," a female "hero" (or, as Maya Angelou has put it, "shero") is often unrecognizable within the conventions of patriarchal ideology upon which heroic idealism is based.  This course will suggest alternative ways of reading classic texts and will also consider more contemporary texts as we attempt to identify and explore female heroism in myth, fiction, theory, memoir, and film.  From the myth of Amor and Psyche to Thelma and Louise, we will examine archetypes of the woman hero who embarks on a journey (either literal or figurative), challenges the established order, and creates new possibilities of community, wholeness, and selfhood.

Through an examination of their lives and selected works, this course will assess Hemingway and Fitzgerald's contribution to Modernism, their embodiment of the cultural highlights that mark the 1920s (the Expatriate Movement in Paris, Prohibition, flappers), and the influence they had on later writers.  The major texts of the course will include The Sun Also Rises, A Farewell to Arms, The Great Gatsby, and Tender is the Night.  Attention will also be given to the shorter fiction of these writers.  Students will be assigned several critical papers as well as an oral presentation.

In this workshop, we will read modern and contemporary poetry, as well as statements and essays on poetics. We will examine and practice writing poetry using different forms and approaches. The weekly workshop is meant to be a place where you can present drafts of your work for helpful response. The course requirements include writing a poem for each workshop, making a presentation, and submitting a final folder with your revised work and an essay reflecting on your process of writing.

Our emphasis will be on your writing, as the heart of the course will operate on a workshop/peer group basis. We'll set out to understand the strivings of each story & to determine the ways it is or isn't working--afterwards, with any luck, offering constructive criticism & helpful suggestions to the author. We will spend the first few weeks generating material and/or revising your current work in preparation for your class workshops. Though you may have work-in-progress, all of the fiction you turn in for this course will have to be new writing. There will be class discussions on what we mean when we talk about narrative technique; there will be assigned readings and lectures on the nature of story and dream landscapes, the fictive & the real & the mythic--and the craft we can use to achieve the truth of our own writing on the page. There will also be weekly class exercises designed to help you develop your craft and heighten your imaginative skills in using characterization, voice, setting, POV, conflict, mood, etc.--& to maximize your fiction’s effect on a reader.

We will build a writing community, a support group, an environment in which we strive to help one another as authors to construct a vision in words.  I firmly believe that for a group of writers to work together there must exist a strong element of trust and respect.  I hope that in the course of the semester I will earn your respect and trust, yet, of equal importance, I am convinced that with one another you must share an equivalent attitude, one which includes an attempt to comprehend and see into one another's stories. If you/we can do this, helpful comments and criticism will yield fruitful results for each of you. I can state from experience, your individual writing will grow and improve as you practice the ideas of technique and meaning inherently available in your powers of expression/search. Though I am the instructor of this course, I am also a participant, learning from the dialogue that evolves between us. Nonetheless, the one area where I am insistent concerns the manner in which you communicate with one another:  I simply have no tolerance for mean-spirited criticism or personal attacks. I think it's safe to assume you all agree, and that you're here to WRITE, to learn, and to have some fun.  It is exciting work. By the end of the semester--you’ll see--you will have increased your power to write convincing and sound fiction, and you will have achieved a fluency and clarity in your writing that will help you in all aspects of your writing life.  You will be the director of your own quest; you will gain knowledge that is important to you and that can even change your life.

Virginia Woolf (1882-1941) is one of the most challenging, rewarding, and beautiful writers of the twentieth century. This course is dedicated to the study of her works in depth. We will trace the development of Woolf’s experimental (“modernist”) fiction through five of her novels: The Voyage Out, Jacob’s Room, Mrs. Dalloway, To the Lighthouse, and The Years. In addition, we will study a selection of her non-fiction works, including her classic essay on the challenges facing women writers, A Room of One’s Own, and her treatise on war and patriarchy, Three Guineas.Finally, we will read selections from the diary she kept from her teenage years up until her death. We will make comparisons between Woolf and other modernist visual artists and writers in an effort to define more precisely Woolf’s innovations as a writer and to place her work within a larger historical context. Students will give in-class presentations and write a research paper. The New York Public Library, which house the bulk of Woolf’s papers, will offer students training in how to do archival research. Visits to collections of modern art in the city will also be arranged.

This course offers an introduction to theories of composition and rhetoric.  Designed for those who plan to teach writing at the college or secondary level, the course will offer historical and theoretical perspectives on the teaching of rhetoric and writing.  The premise underlying this course is that our thinking about teaching writing in the twenty-first century must extend beyond simple, prescriptive formulas to a broader consideration of the history and contexts of rhetoric—a history that we will trace by examining the implementation of rhetoric and writing instruction in nineteenth and twentieth century colleges in the United States.  We will explore the meanings, purposes, uses, and values of “rhetoric” and “writing” by analyzing the social and political contexts of the debates that have shaped college composition and rhetoric curricula over the centuries.

This is a survey that covers African American Literature from the eighteenth century to the present. The course will provide general information about the major writers and texts that have contributed to African American Letters. In addition to literary texts, assignments include criticism from noted scholars such as Houston Baker, Henry Louis Gates Jr., Hortense Spillers, Deborah McDowell, Mad Gwendolyn Henderson, and others. Fiction writers to be studied are Douglass, Hughes, Hurston, Wright, Brooks, Ellison, Walker, Morrison, and more. The aim is to provide not only a sense of the African-American Literary tradition, but also where it stands in relation to Western humanities.

Intended as a source of support and forum for discussion for novice writing teachers, this class will focus on practical approaches to everyday issues in the classroom, yet situating those approaches in the so-called “paradigm shifts” of the field. The class, therefore, will interweave two strands: that of the hands-on training of managing day-to-day running of a writing class and that of the underlying theories of such praxis. For the first strand, the class is organized around three major components in the teaching of writing: classroom discussion, writing assignments, and responding to students’ writing. To put those practices in perspective, we will, at the same time, study two monographs, one on the process movement and the other on the teaching of academic discourse, since both movements dominated our imagination and practices in the past half century and still exert subtle or pronounced influence on the writing classrooms across the country even as our attention has been gradually drawn to other –isms in recent years.

Each participant, besides keeping a reading journal, is expected to submit a portfolio at the end of the semester, which will consist of a syllabus, two writing assignments, two classroom exercises, and one student profile.

This course is designed to introduce you to the study of English literature at the graduate level.  This means that you will learn to examine different critical traditions and apply that to a few pieces of literature that we will look at.  The idea is to give you a comprehensive survey of critical theory in its application to literature.  In addition, you will learn, first through a visit to the library, and then through actually writing a paper, strategies of how research can be applied in constructing essays.

Posted by wayne william berninger at 15.5.02