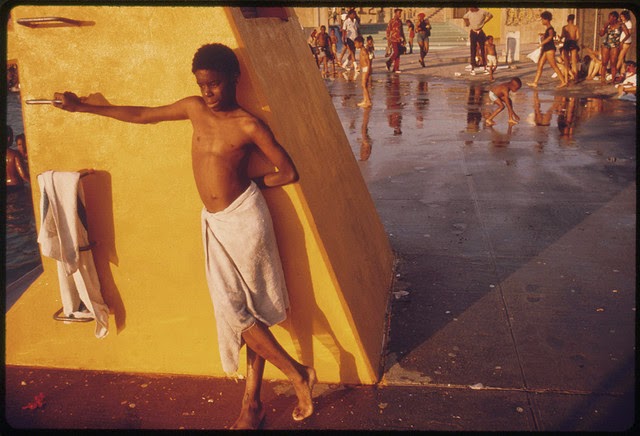 In this advanced workshop in expository writing, students will expand their facility with rhetoric by reading, analyzing, and writing about a diverse field of critical works such as scholarly essays, personal narratives, sermons, and magazine articles. Utilizing such rhetorical strategies and forms revealed through focused analysis of professional writings, students will write several essays of their own, including personal narrative and critical analysis. Students will read creative or critical works by authors such as Noam Chomsky, bell hooks, Jane Tompkins, Pierre Bourdieu, Marilyn Cooper, and Hinton Als.

In this course we will read the body of selected works from the writings of the abovementioned writers doing exposition of the texts and stipulating the struggle of African feminists, a title that critics have given to all these writers. In addition, we will examine each writer's relationship to the English language which started as the colonial's language and later became their own, often through violent confrontation.

This course is for people who are really interested in the development of African writing and the particular contribution of women in this field.

We will be doing close readings and analysis of the texts and exposition. We will often look at the history and politics of this region as well and see how the literature contributed or detracted from an understanding of postcolonial issues such as national boundaries and culture and identities.

The model we will follow in the class is one of collaborative discussion. Occasionally I shall give lectures, but for the most part, we will have discussion groups.

What does one need to know to be an English major or minor? What do English majors and minors study and learn? What kinds of careers and educational opportunities await those who graduate with a degree in English? This course is designed to familiarize students with the diversity and scope of English studies and to introduce students to contemporary debates concerning such issues as the connection between reading and writing, the relationship among different interpretive/critical strategies, and the nature and politics of the literary canon. In this course, we will 1) learn about the rise of English as a discipline and how the profession of English has changed over time; 2) analyze the formation and politics of the literary canon; 3) engage in close readings of literary texts; and 4) examine and experiment with numerous methods of literary criticism and analysis. This course will be conducted as a seminar, and students will be expected to participate in and take responsibility for class discussions. We will read selections from David Richter’s Falling Into Theory: Conflicting Views on Literaturealongside numerous literary texts (poetry, fiction, and drama selections TBA).

The goal of the workshop is to expand on our ideas of “what is a poem” and “what is a work of fiction.”  Are poetry and fiction exclusive or related genres? Weekly assignments will question preconceived notions of form, content and gender, with emphasis on the best ways of transcribing thought processes and experiences into writing. Work by Andre Breton, William Carlos Williams, Lydia Davis and Allen Ginsberg will be discussed in class and used as models, but much of the workshop time will be spent reading and discussing our own work.

In this writing workshop, students will read, study, and write poetry and short-short fiction, using various forms and approaches. A writer’s notebook will be an ongoing project from which students will gather material for their assignments. Part of each class period will be devoted to reading poems and stories by published authors. The rest of the class period will be a workshop where students learn how to critique their work. A final portfolio will include an evaluation of the student’s learning along with revised poems and stories. Books for class will include The Handbook of Poetic Forms and an anthology of short-short fiction.

This course explores the formation of masculine and feminine identities in the literature of the British Isles during the middle ages and the early modern period. Medieval and Renaissance romances, folk tales, love lyrics, and plays have shaped our ideas of what it is to be a man or a woman and our attitudes towards sexuality. The course examines those notions about who we are and how we relate to others as they are embodied in texts from the tenth through the sixteenth centuries. These texts examine familial, hierarchical, and friendship bonds between men and women, as well as the nature of marriage and parenthood. The nature of heroism, in men and women, and of the beloved will be particular topics of concern.

The course will survey the literature of the early republic, from the founding of the American colonies in the seventeenth century, through the American Revolution in the late eighteenth-century, and up to the period of industrialization and the Civil War in the mid-nineteenth century. We will examine a variety of texts, both “classic” and the less well known, including poetry, sermons, captivity narratives, fiction, political philosophy, feminist manifestos, and slave narratives. We will also read selections of modern and contemporary literary criticism that shed light on the primary, literary texts. Students will give in-class presentations and write formal and informal essays.

This course focuses on the literature of New York City—how this quintessential urban experience has inspired writers for centuries and, conversely, how literature has “written” the city itself. Along with novels, essays, short fiction, and poetry, students will read some urban theory and history. Throughout the semester, we will “read” the city through historical depictions of it and compare those to contemporary scenes of writing such as the St. Mark’s Poetry Project and the 92nd Street Y.

In this course, we will examine the enduring tales of fiction that writers have revisited repeatedly. We will read for both the appreciation of the aesthetic completeness of each individual work while also investigating the endurance, appeal, and variety of manifestations of each tale. We will examine how writers conceptualize narrative differently while attending to and responding to the concerns of their predecessors. We will analyze the creative process, the notion of inspiration, and investigate the conceptualization of new fiction that responds to old. We will discuss how these new fictions operate as both homage and critique.

Our reading list will include works from Europe, the Caribbean, and the U.S. We will juxtapose Shakespeare’s Hamlet and Murdoch’s The Black Prince, Bronte’s Jane Eyre and Rhy’s Wide Sargasso Sea,  Hawthorne’s The Scarlet Letter and Conde’s I Tituba, Black Witch of Salem, Woolf’s Mrs. Dalloway and Cunningham’s The Hours, and finally, examine selections of Joyce’sUlysses and Walcott’s Omeros.

Requirements: A mid-term exam, final exam, a 5-7 page creative re-imagination of a recurring literary tale, and a final 10 page research paper on an approved topic related to the course.

This survey course will examine major theories of rhetoric from the classical to the postmodern era, from the Sophists to the deconstructionists and beyond. The course will interrogate rhetoric from a historical, cultural and political perspective, exploring ideas such as the relationship between rhetoric and political power, the use of rhetoric as a humanizing and liberating force, and rhetoric as a tool of capitalist consumerism. The course will discuss illuminating rhetorical theories, including the theories of rhetoricians such as Gorgias, Plato, John Locke, Maria W. Stewart, Frederick Douglass, I.A. Richards, Michel Foucault, Helene Cixous, and Stanley Fish.

Posted by wayne william berninger at 15.5.03