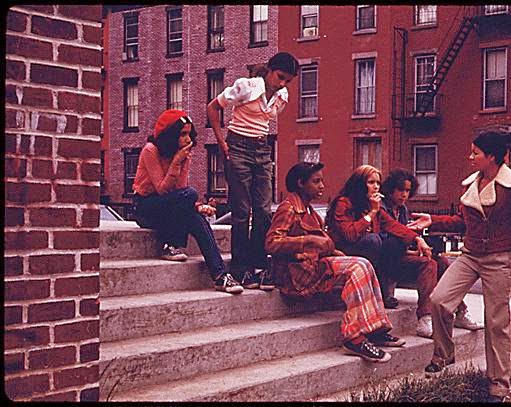 This course gives students the opportunity to develop, share, and get feedback on their writing in a workshop format. The focus will be on the essay, a genre we will explore from a variety of angles: formal, informal, personal, academic, traditional, and experimental. Through juxtaposing one type of essay with another, students will expand their repertoire of strategies and practice the art of shaping writing for particular occasions, audiences, and purposes. We will study different approaches to nonfiction writing, such as the use of autobiography in critical writing and of literary techniques like dialogue and point of view to write about real places, people, and events. Students will benefit from a group of readers with different perspectives, close readings of their work, and constructive criticism.

Readings include essays by Virginia Woolf, James Baldwin, Richard Rodriguez, Vivian Gornick, Adrienne Rich, and Annie Dillard. Students will present their writings in weekly workshops at least three times during the semester. Writing requirements include a course journal, three short (4-6) page essays, and one longer (15-20 page) essay or the equivalent.

In this writing workshop, students will read, study, and write poetry and short-short fiction, using various forms and approaches. A writer’s notebook will be an ongoing project from which students will gather material for their assignments. Part of each class period will be devoted to reading poems and stories by published authors. The rest of the class period will be a workshop where students learn how to critique their work. A final portfolio will include a review of learning and a self-evaluation, along with revised poems and stories. Books for class will include The Handbook of Poetic Forms, and a collection of short-short fiction.

This course will focus on literature exemplifying the development and expansion of the British Empire. Major texts include Aphra Behan’s Oroonoko, Charlotte Bronte’s Jane Eyre, Joseph Conrad’s Heart of Darkness, and E.M. Forster’s A Passage to India. We will also discuss shorter pieces by such authors as Swift, Blake, Coleridge, Tennyson, Arnold, Dickens, and Kipling. In addition, we will examine “colonization in reverse”: responses from people of color who have lived and written in England, including Olaudah Equiano, Louise Bennett, Grace Nichols, Salman Rushdie, Wole Soyinka, and V.S. Naipaul.

This survey covers American Literature from the second half of the 19th Century to the present. The course will provide information about the major writers and texts that have contributed to the great, diverse tradition of American Letters. We will chart our discoveries by looking through the lens of representation, asking such questions as:  Who gets to represent the newly unified post-Civil War America?  How do turn-of-the-century and early 20th century creative artists re-envision America during an age of Western imperialism/expansion/colonialism?  How does literature compete with new technologies that also produce representation (photography, film, television)? What is meant by and what are the politics of “American” modernism and post-modernism?  And, finally, How does literature both document and “undocument” American experience? We may read such writers as Charles Chesnutt, Sherwood Anderson, Jean Toomer, Nella Larsen, and Richard Wright among others.

In this course we will be reading Modern African Drama from various parts of Africa. We will be reading dramatists like Wole Soyinka, Ama Ata Aidoo and Fatima Dike among others. There might be a section on Soweto drama as well, depending on the availability. What we will try to do in this class is look at this drama in the context of the socio-political milieu out of which it emerges. We will examine the texts and do some close readings. Since this is a literature class we will do some of the things one does in literature classes such as discuss the plot, characters, images and the kind of writing we see in each work. We will also examine the western languages in which these works were written—and the complicated relationships of the writers to this language. For instance, do they do violence to the English Language as it is used in England or do they simply imitate it? Lastly, we will write essays on themes that engage the writers that we are reading, such as the idea of nationalism, identity, gender and the postcolonial condition, which is sometimes manifested in the immigrant experience as well.

This is a course in a popular form of life writing known as “autobiography,” the writing of one’s own life. By studying a diverse selection of autobiographical works ranging from early Christian “confessions” to slave narratives to contemporary video diaries, we will see how various writers and visual artists throughout history have tried to create images of themselves. Works will include Saint Augustine’s Confessions; Michel de Montaigne’s Essays; Olaudah Equiano’s narrative of his life as a slave; Walt Whitman’s journal, Specimen Days; Edmund Gosse’s Father and Son; Virginia Woolf’s “A Sketch of the Past”; James Baldwin’ s “notes of a Native Son”; Maxine Hong Kinston’s The Woman Warrior; Richard Rodriguez’s Hunger of Memory; Tom Joslin’s filmSilverlake Life; and Faith Ringgold’s series of quilts entitled Dancing at the Louvre. In addition to reading and writing about the works of published autobiographers, students will have the opportunity to create their own autobiographies.

This course will guide students through the process of writing a long research paper (20-25) pages on a topic of their own choosing. Students will use a range of research resources and write an informal proposal, a formal proposal, a first draft, and a final draft of the paper. During the first half of the course, we will read texts from a variety of genres, including poetry, prose, the novel, drama, and film. We will also read a variety of critical responses to these texts, cultural studies of one or two non-literary texts, and essays on the field of English studies. During the last half of the course, students will lead discussions of their own works-in-progress, read and critique each other’s work, and hand in a final seminar paper.